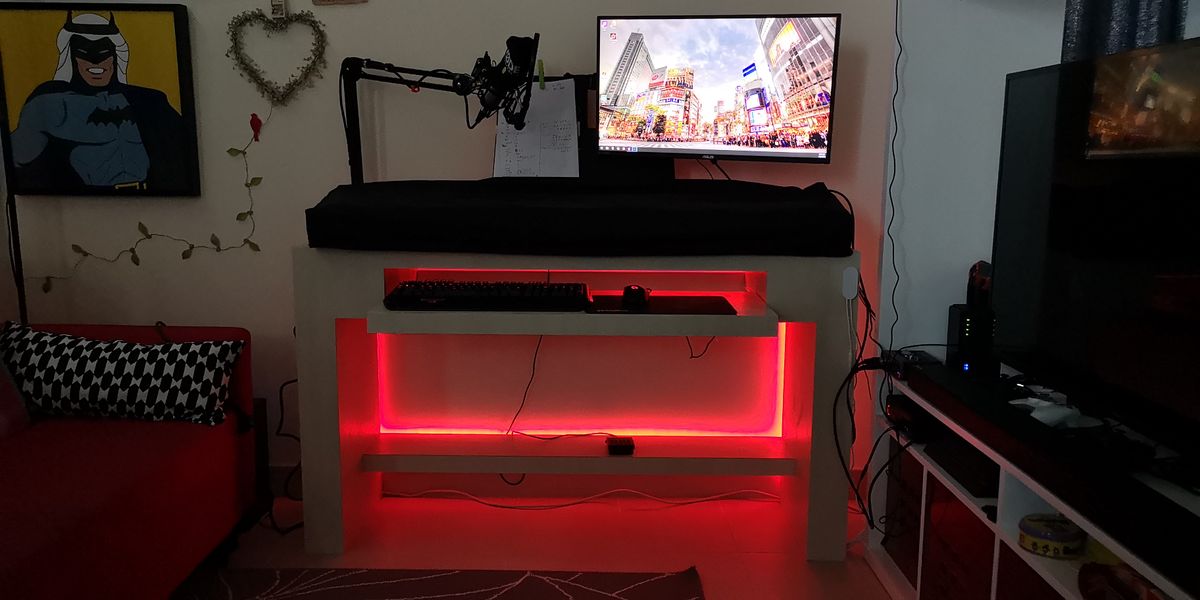 If you’re looking to add a bit of style to space, there’s no easier thing to do than playing with lighting. Whether it’s putting a nice floor uplight in a corner or using warmer whites for a bedroom, there’s a lot that you can convey just by making a few subtle changes. On the other hand, you can really make a piece of furniture or a room pop with some colored light strips. They’re generally easy to install and set up, and can dramatically change the mood of pretty much any corner of your home.

The Govee Smart WiFi LED Strip Lights are one such example, and though they may lack the finesse of more expensive models on the market, they nevertheless perform well. They’re also easy enough to install behind a TV, a desk, on a wall, or wherever you think you may need a bit of flair.

That’s incredibly affordable, considering that a similar setup from LIFX will set you back at least $84.99, and offerings from Philips Hue come in at around $79.99.

Yes, these more expensive models obviously have a better finish and a plethora of features, but the Govee Smart WiFi LED Strip Lights are no slouch either.

The box in which the Smart WiFi LED Strip Lights come in is deceptively small. Inside you’ll find the LED strip tucked away safely in a pouch, along with a power adapter, the control unit, and clips to help hold the strip in place.

The clips are meant for reinforcement, especially when bending the strip around corners. The strip has a 3M adhesive on the back that you can simply peel off to expose and then press gently onto the desired surface. Govee include instructions on how to get the best setup, including a small alcohol wipe to clean down whatever surface you’re fixing the lights to. It’s worth noting that these lights fix best to flat surfaces and walls without any texture to them.

While you’re given one long strip to work with, you can of course easily cut this to a more manageable length. There are special sections on the strip where you can cut off any excess, so you end up with a neat finish. Just remember that you can’t reuse or rewire any extras you cut off.

The light strip itself doesn’t have anything covering the LED elements, which is why this particular model is only meant for indoor use (Govee market another product that’s designed for outdoor use). The lack of protection also means that you have to be a bit careful of where you install them, so that there’s no danger of the lights being scuffed or damaged in any way.

One challenge we experienced when installing the Smart WiFi LED Strip Lights around corners. We chose to install them at the back of a computer desk, and trying to bend the strip carefully to make a 90-degree turn is a bit nerve-wracking. The included clips help to keep things in place, so we would advise to be a bit careful when making these bends in your setup, as the light strip isn’t designed to be very flexible.

We also had to then keep the desk several centimeters away from the wall to avoid the light strip coming into contact with the wall and getting damaged. We opted to use the entire strip on our desk rather than cutting it down to size, so it gave off a much brighter lighting effect, which we liked.

The module has only three buttons on it – the first will turn the light strip on and off, the second will let you cycle through various colors, and the third activates the Music mode which makes the lights respond to sounds, thanks to a microphone built into the control module.

There’s an important point to note about the Smart WiFi LED Strip Lights and that is it doesn’t support 5GHz Wi-Fi yet. Govee have said that future models will include an updated chip to support 5GHz networks, but for now you’ll have to ensure that you’re connecting it to a 2.4GHz Wi-Fi network.

In order to control your Smart WiFi LED Strip Lights properly, you have to download the accompanying Govee Home app. Using the app, you can then adjust things such as brightness, color styles, and even create your own DIY color cycle with custom colors. Multiple light strips can also be combined into groups, so that you can control all of them together.

The lights are bright enough to add a nice touch to any room or furniture you install them on, and controlling them via the app is a snap. They respond almost immediately to whatever color you change them to, so you can see what certain colors or effects look like before applying them. There’s even a timer if you’d like to apply a schedule to the lights, as well as easy control via Amazon Echo or Google Home. You can then command the light to be set a particular color, but can’t activate Music mode this way.

The Music mode for the most part does work – the lights flicker and respond to whatever audio is played, but we found that the embedded microphone was way too sensitive. Even when nothing was playing, the lights would flicker on their own, which sort of ruins the overall effect.

Another downside with the Smart WiFi LED Strip Lights is that for the best experience, you’ll want to connect to them via Bluetooth. When connected via Wi-Fi only, you can only change the color and warmth of the lights – you won’t be able to activate a DIY scene or enable Music mode. Govee has said this is again down to the chip being used, and have promised that future models will offer full functionality over Wi-Fi.

The Govee Smart WiFi LED Strip Lights do exactly what they’re supposed to, and quickly add a splash of color to wherever they’re installed. They are remarkably cheaper than product offerings from larger companies, and while there may be some tradeoffs to that, it still makes for a great piece of kit that can be installed literally anywhere.